LUCI aims at the development and strength of active citizenship through the implementation of a series of actions aimed at the protection, enhancement, and shared care of common goods. The project involved the territories of Polesine, Bassa Padovana, and Basso Veneziano, involving marginal territories, characterized by slow modernization processes, not only for the economy but also concerning social processes, such as the participation of citizens in urban decision-making.

Representation of the territory: Promotion of active citizenship and participation through artistic languages. 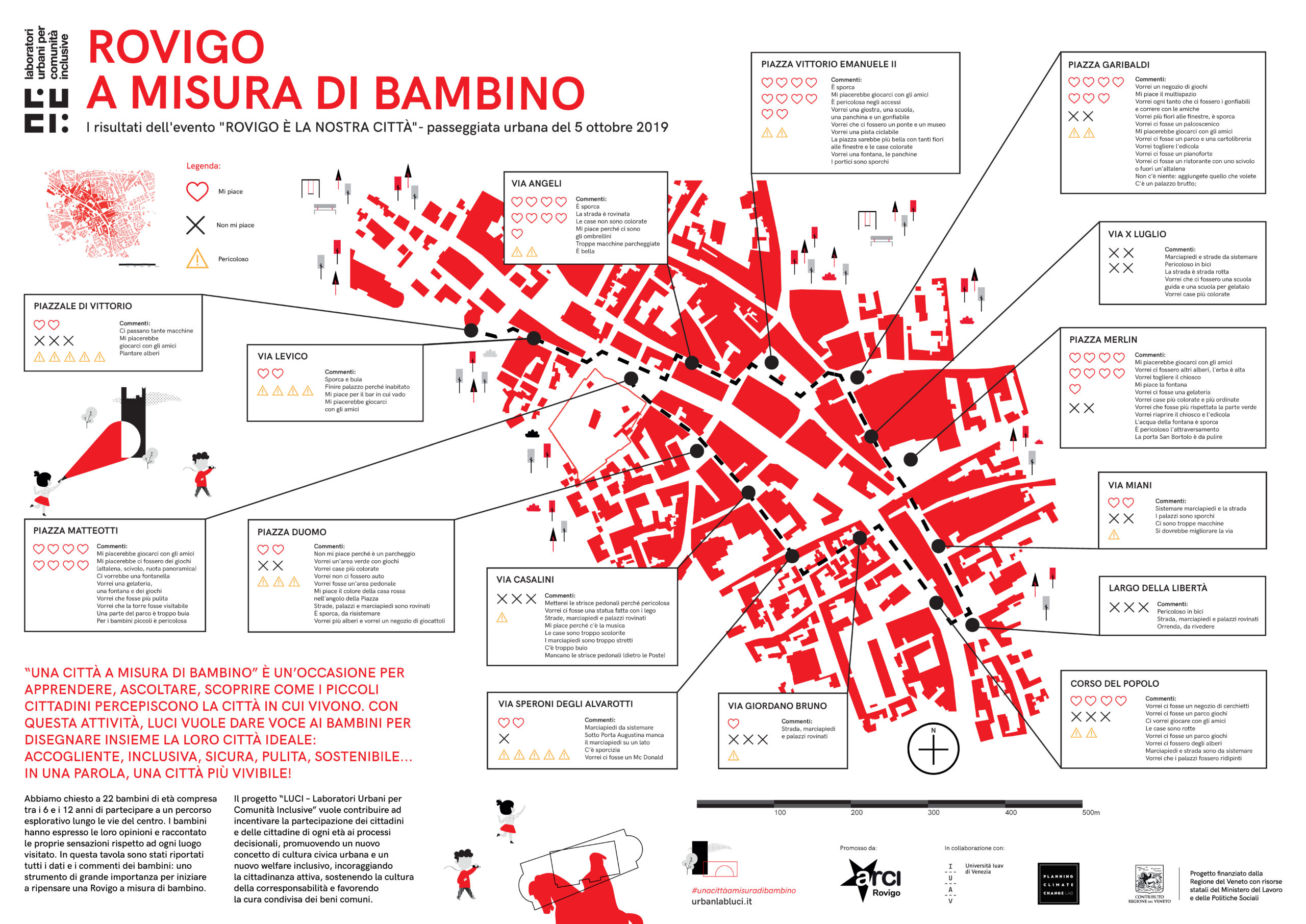