The general objective of the RESCULT project “Increasing Resilience of Culutual heritage: a supporting decision tool for the safeguarding of cultural assets” is to improve the ability of Civil Protection to prevent and mitigate the impacts of disasters on Cultural Heritage. The project sees the realization of a European Interoperable Database (EID) designed to provide a single framework for emergency operators (in particular Civil Protection) as well as agencies and authorities involved in the protection of cultural heritage. Consistent with the principles of the Sendai Framework, RESCULT supports the creation of a disaster risk reduction strategy focused on cultural heritage, identifying tailored actions and investments to improve prevention capacities and overall resilience of assets and territories. The objectives in detail are:

1. Improve the capacity of civil protection agencies to understand / prevent / mitigate the impacts of disasters on cultural heritage;

3. Improve disaster risk reduction strategy (for prevention and resilience), according to the principles of the Sendai Framework.

The ResCult project, considers three case studies to test EID according to 3 types of hazards: floods, fires and earthquakes.

a) The Church of Santa Maria dei Miracoli: an important tourist site in the city of Venice, Italy. Dating back to the late 15th century, the church is not only architecturally significant, but also contains a number of important works of art. Considered the case study related to flood hazard.

b) The Quinson Prehistoric Museum aims to retrace the human adventure in Provence, restoring the results acquired over several decades by scientists. It contains a large number of collections of archaeological furniture dating from the Paleolithic, Neolithic and Bronze Age. Considered a case study on fire danger.

3)The Convent of San Nicola in Tolentino (Marche) contains architectural assets such as the Basilica of San Nicola and numerous works of art from the 14th to the 17th century. Considered the case study related to fire danger. 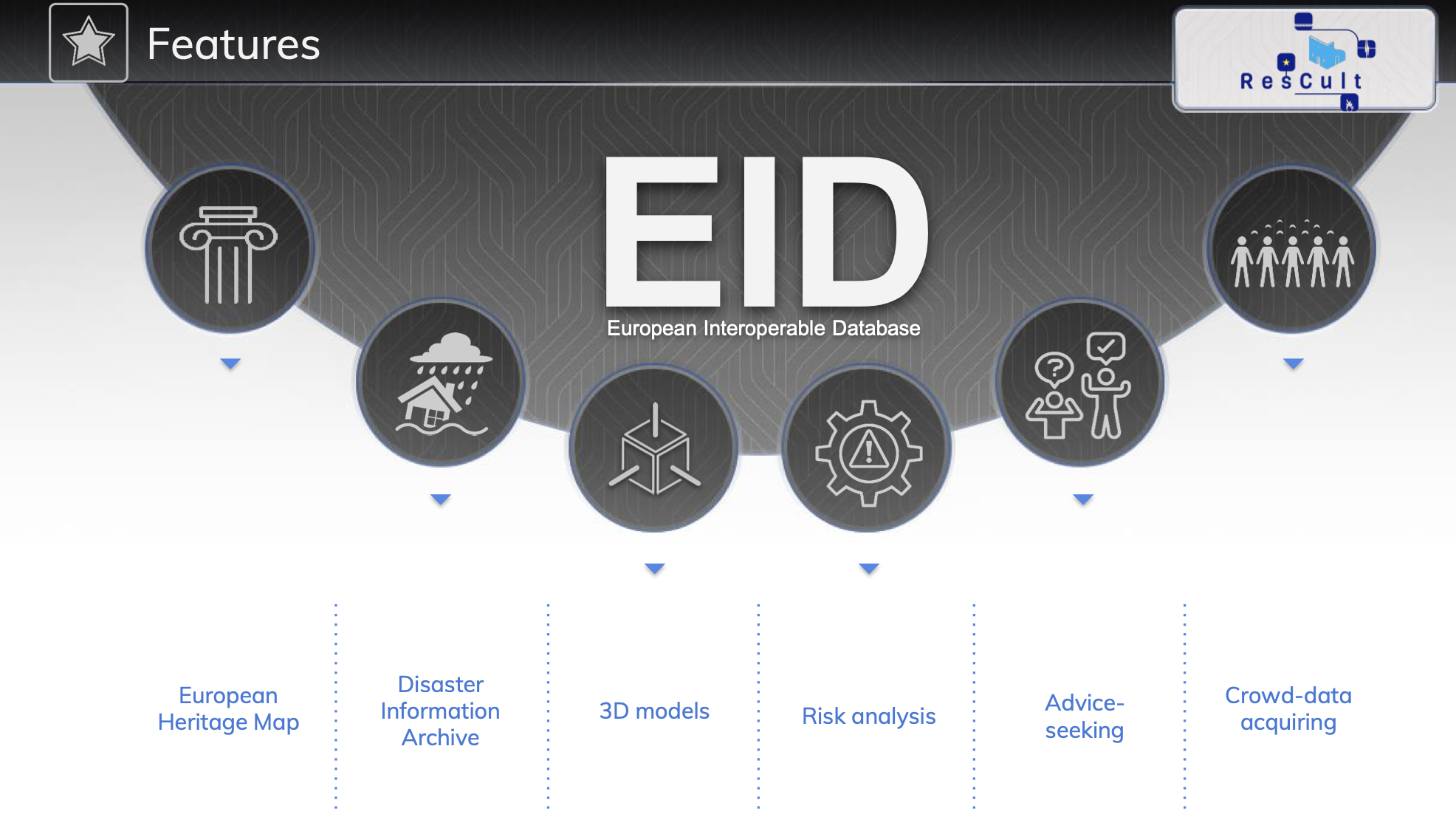